As one of America’s leading providers of next-generation network and communications solutions for business, Windstream is a market leader in software-defined, wide area networking (SD-WAN): the most important multi-site networking innovation to come along in a generation. The campaign’s goal was to gain attention and communicate the compelling business benefits of Windstream SD-WAN Concierge™, both to select Windstream customers and to prospects. This concept playfully, and memorably, calls out to our audience something they know, but may not care to admit: that their current MPLS-based WAN is a lumbering old beast, and that it’s time to move on. In networking, as in human existence, it’s evolve or die. 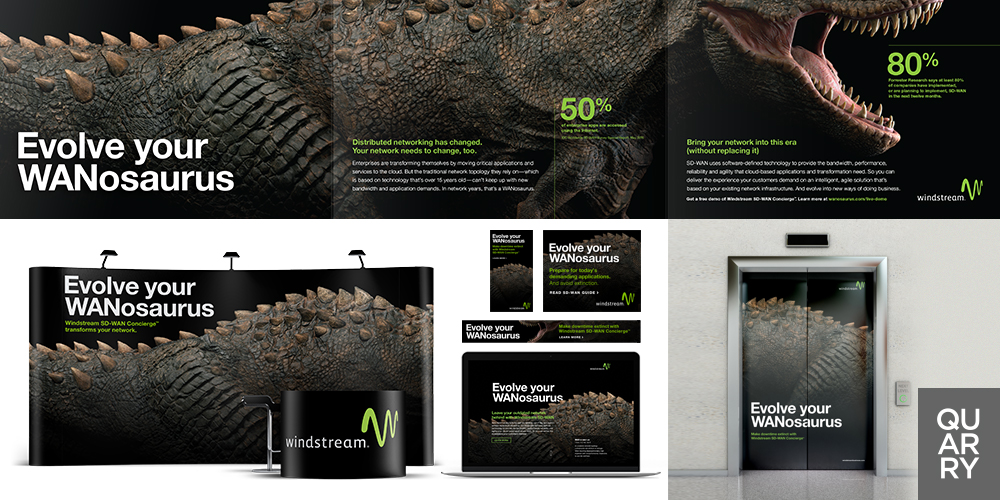