With the exception of Hitch Hiker (an earlier design that's only recently received the canned treatment), Lewis worked closely with longstanding client Good People Brewing Company to develop a different approach for their recent slate of seasonal offerings.

Whereas previous seasonals such as El Gordo, Fatso, Bearded Lady, and the infamous Snake Handler adopted a character-driven approach, it was decided early on that typography would do the heavy lifting in conveying the character of the names—some of which Lewis even had a hand in developing.

Color palettes were developed to hone in on the flavor profiles of each offering, personify the character, and complement an ever-widening family of offerings. Muchacho, Good People's take on a Mexican-style lager, best exemplifies this approach. With its festive, playful typography, bright, vivid colors, and small details such as using Spanish translations for some of the key branding language ("Be Good People, Drink Great Beer" becomes "Sea Buena Gente, Beba Cerveza Buena"), the packaging asserts itself on crowded shelves with boldness and wit. 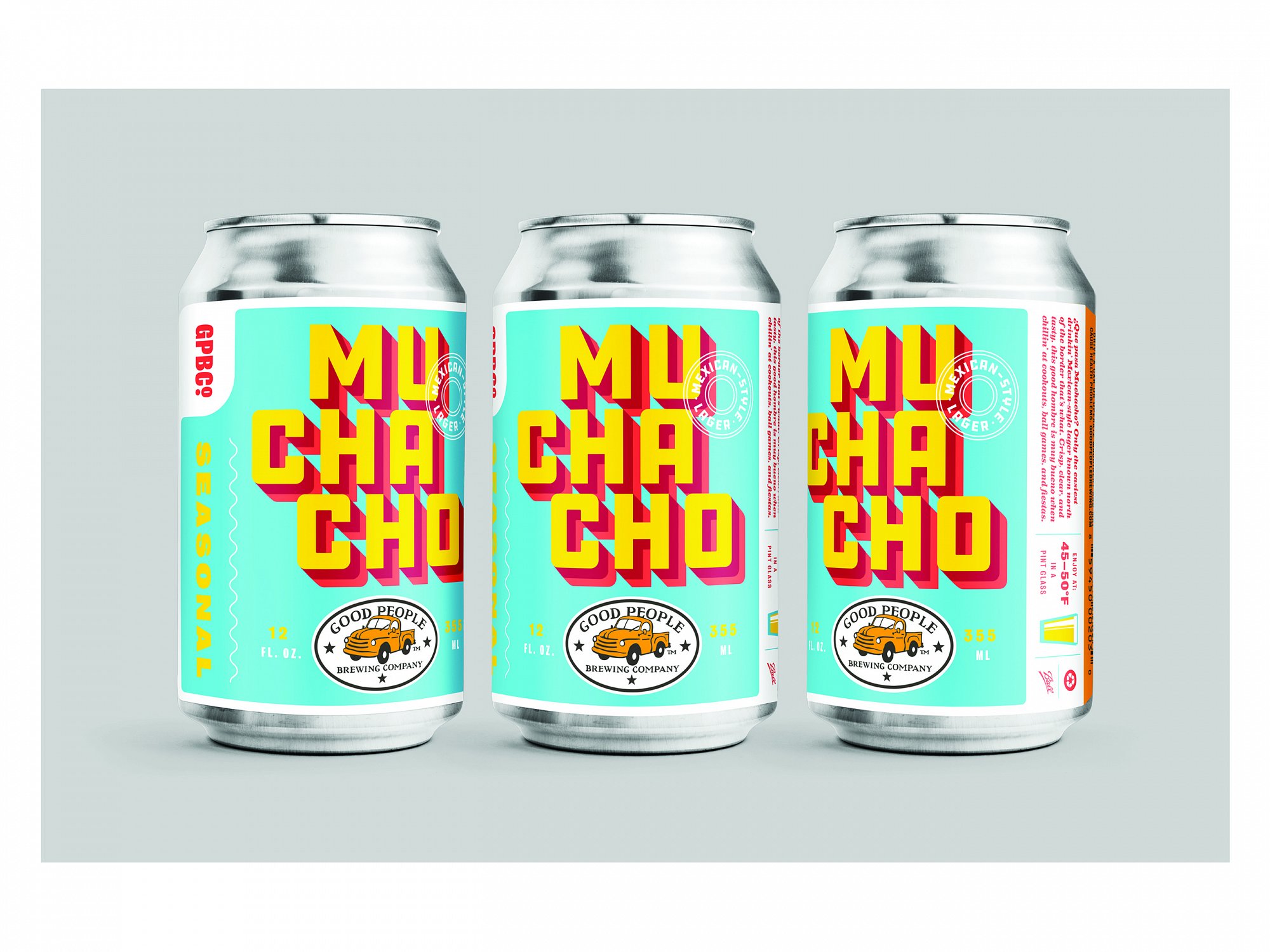 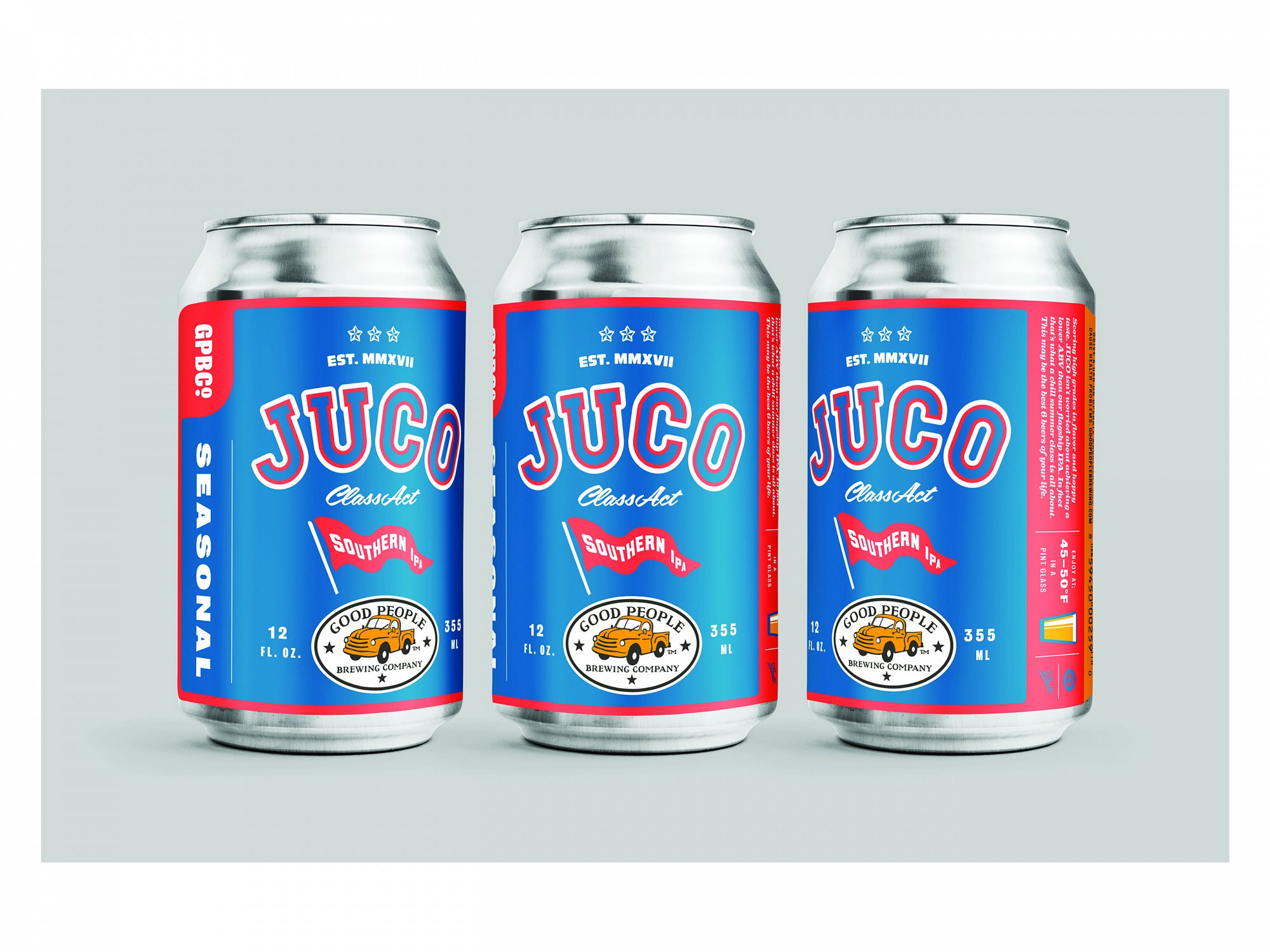 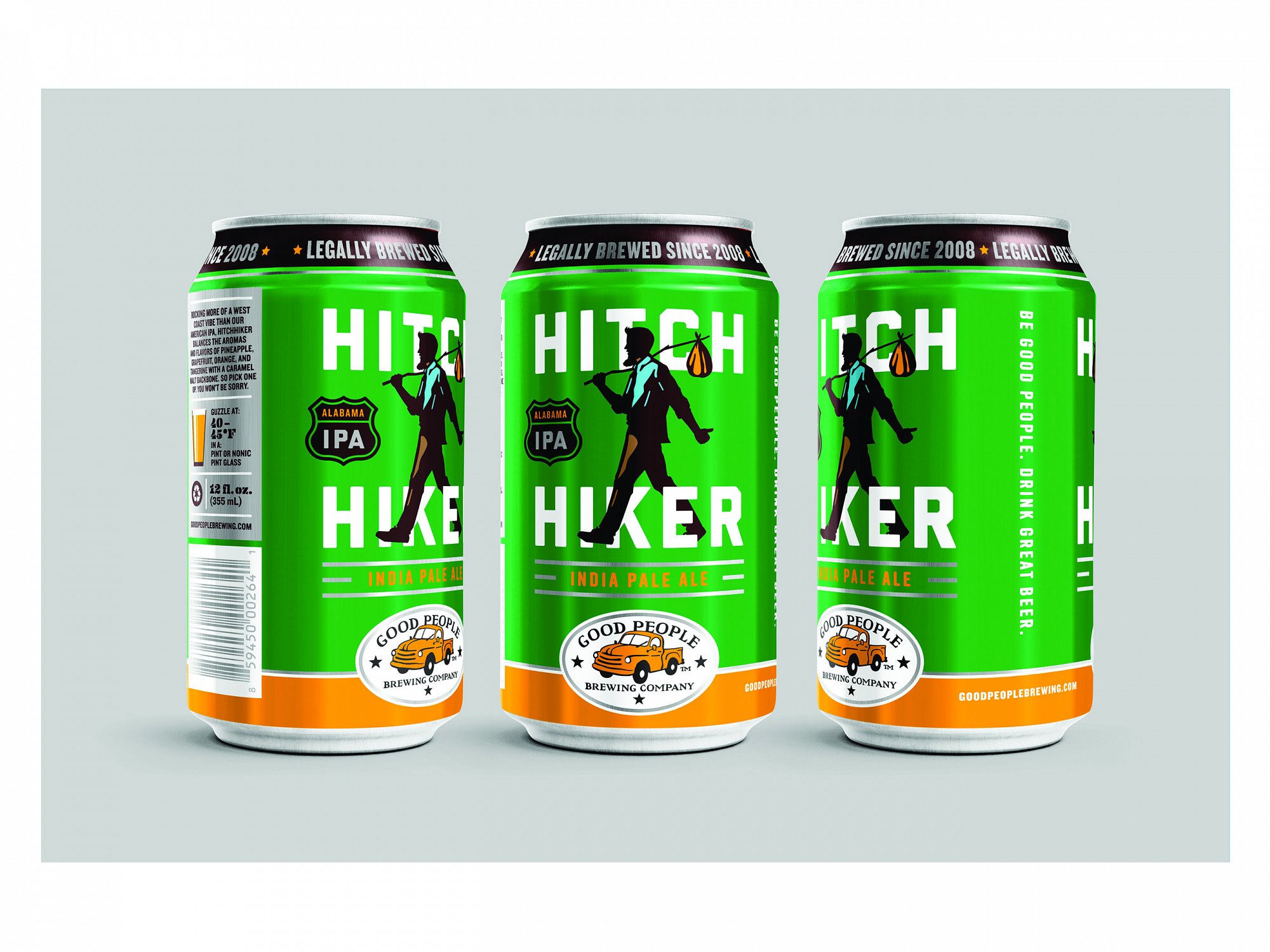 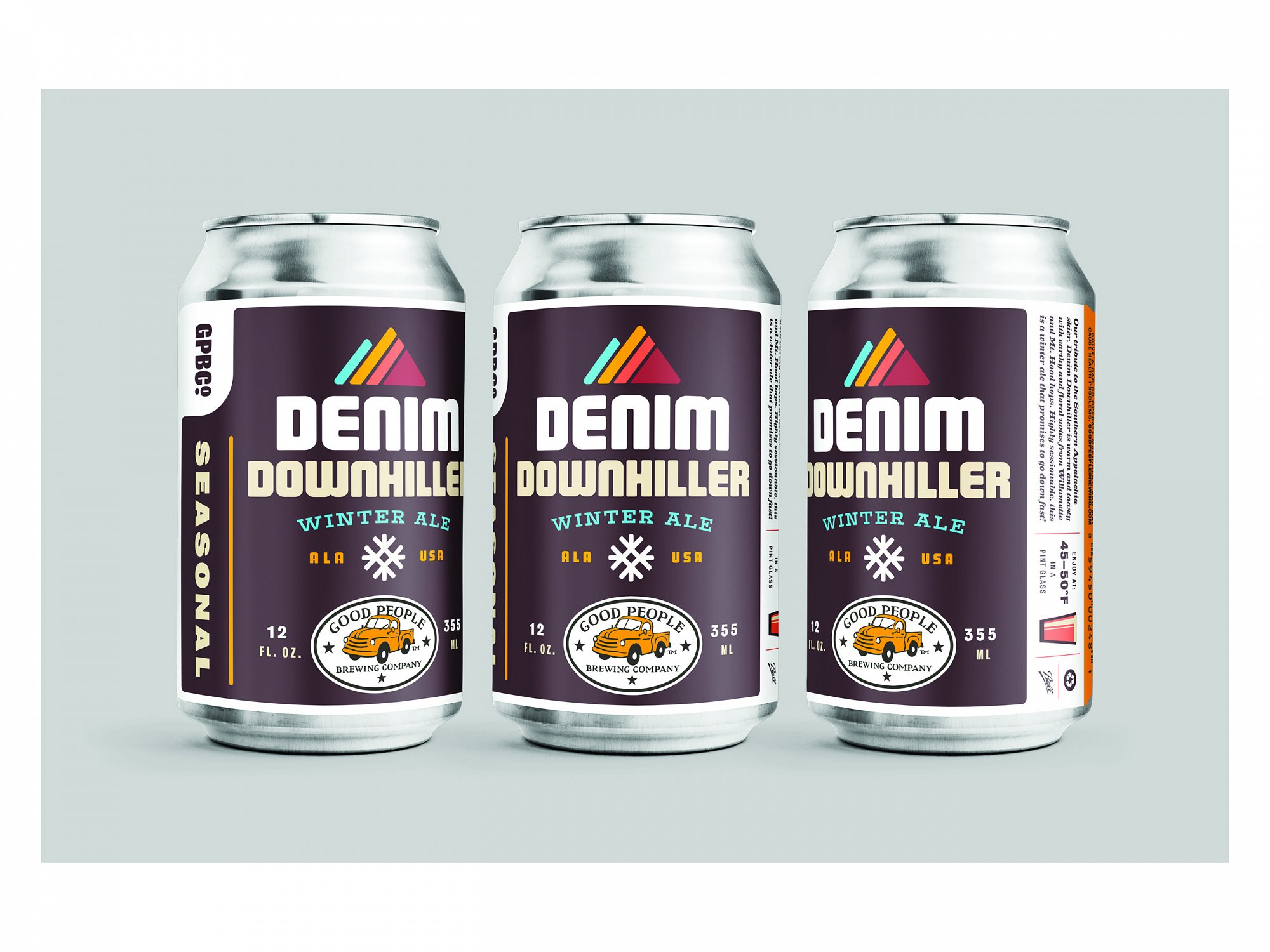