Ghosts of the Forum

Sports Experts is one of the biggest sports apparel retailers in Canada with more than 100 stores in Québec and Ontario. The banner sponsors pretty much everything related to sports in Québec and the mythical Montreal Canadiens, the Habs, are no exception.

As the Habs represent the quintessential sponsorship, everyone wants in, often creating a bidding war that only huge sponsors like Coca-Coca or McDonald’s can win. Since Rethink Communications couldn’t outbid these behemoths, they had to outsmart them to be remembered as a key team sponsor and build/reinforce brand affinity.

The idea stemmed from an enduring local legend, one that attributes—at least in part—the Habs’ long history of success to the presence of deceased players’ ghosts. These mystical helpers, known as the “Ghosts of the Forum”, often seemed to bring extra confidence and luck to the team. Unfortunately, they didn’t seem to follow the team as its luck has clearly shifted once it moved to a new arena.

Teaming up with a paranormal expert, we set out to find and move the Ghosts from the Forum to the new Bell Centre. A three-minute branded content documentary and companion website were launched before Halloween days before the first game on Facebook and seeded amongst sports influencers, local celebrities and hockey experts. Fans could go even deeper into the experience at theghostsoftheforum.ca, an interactive experience showcasing integral infrared ghost-camera footage and extensive interviews with former Canadiens legends.

In the first 24 hours following its release, the video had already racked over half a million views organically (in a 8M population market). It was covered by every main news and sports outlet in Québec and total media impressions reached 7M in the first two days alone. Many fans saluted the initiative, while others debated about the legend (and feat). But most importantly, it didn’t go unnoticed. The Ghosts of the Forum allowed Sports Experts to gather the strongest share of voice amongst Habs’ sponsors on opening day, thus surpassing the likes of McDonald’s and Coca-Cola with less than one tenth of the budget. 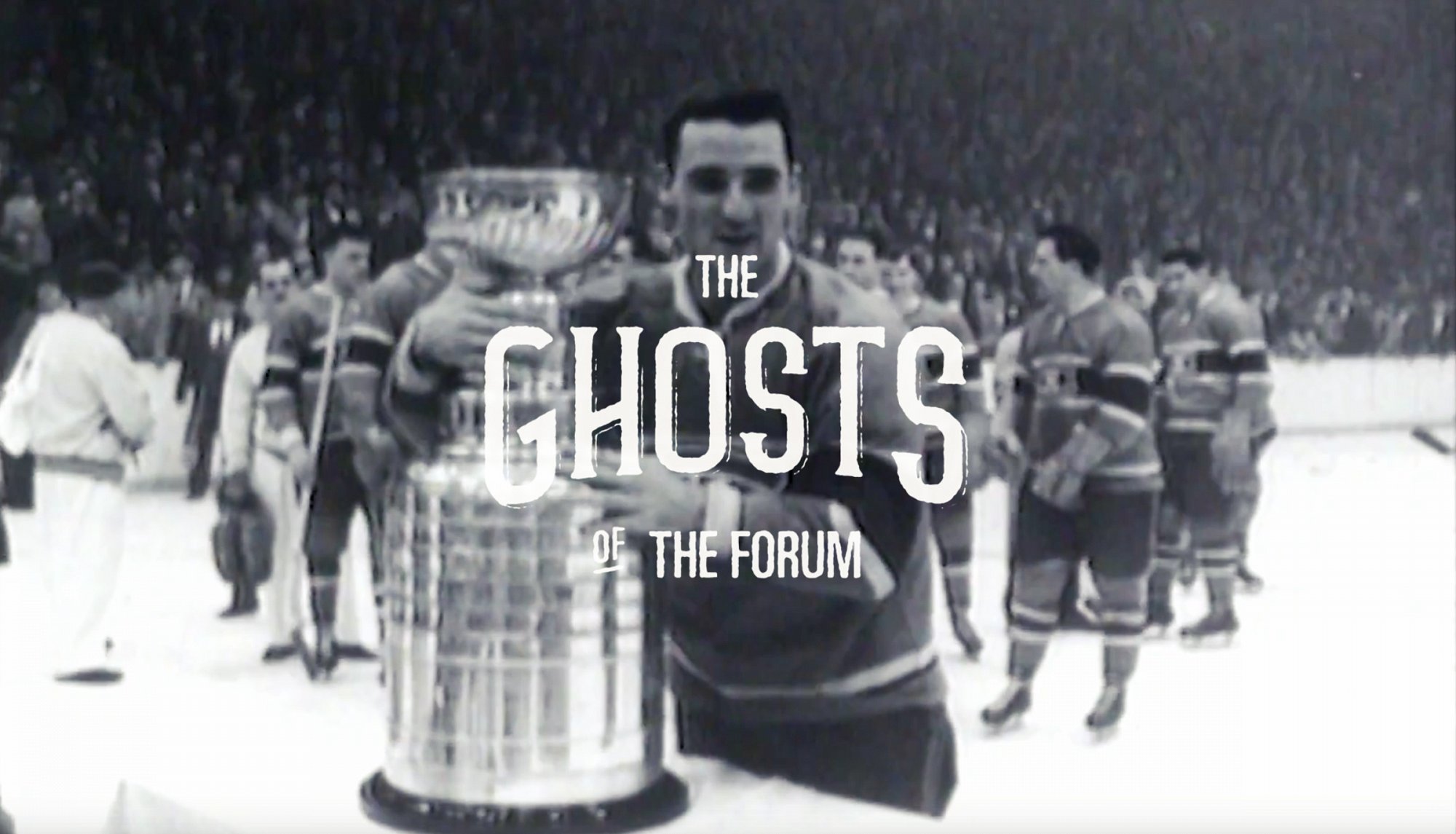